Urban Treasures is an upcoming residential project with a strategic location, where future residents can easily go to neighboring areas as well as other areas of Singapore without worry. Convenience and excellent connectivity are extremely important factors when choosing a satisfactory home. With this condo, everything is at your doorstep from MRT lines, roads, shopping malls, restaurants and more. In this article, we will introduce you to a list of MRT stations that are close to the project, giving you convenience and ease of moving anywhere in the city. 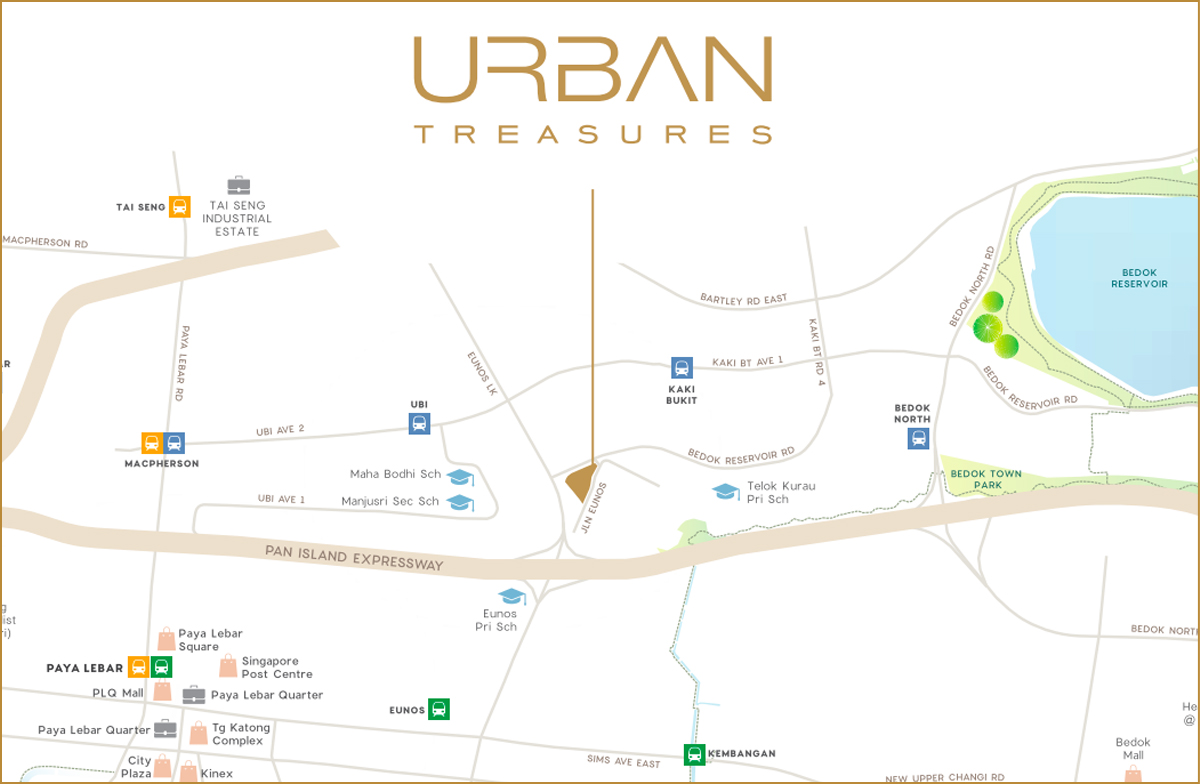 MRT stations close to Urban Treasures on the Downtown Line

Urban Treasures Condo is in a prime location, close to 3 MRT stations on the Downtown Line. This line is running from Bukit Panjang station in the northwest to Expo station in the east via Central Area. With about a 6-minute drive, residents here can access 2 MRT stations, Ubi MRT and Kaki Bukit MRT stations. Ubi MRT Station (DT27) is a station along the Downtown Line (DTL) Phase 3. It is built underneath Ubi Avenue 2, near the intersection with Ubi Avenue 1 and Ubi Avenue 3, and serves Kampong Ubi Industrial Park, along with schools and HDB apartments near Ubi Avenue 1. The station was built near Maha Bodhi School, Manjusri Secondary School, HDB Kampong Ubi Greenville, and many other industrial buildings. Meanwhile, Kaki Bukit MRT is near the intersection with Jalan Damai, serving both industrial and residential areas in the vicinity. The station is near Bedok North High School, HDB Eunos Damai Ville, HDB Eunos Spring and many other industrial buildings in Kaki Bukit area.

About a 12-minute drive further, Urban Treasures residents will arrive at MacPherson MRT Station. It is a transit station along the Circle Line and Downtown Line, built beneath Paya Lebar, at the intersection of Circuit Link and Ubi Avenue 2. The MacPherson MRT serves the MacPherson residential area and the Ubi industrial park, with a combination mix of commercial buildings, industrial buildings, housing board apartments and a school in the vicinity. 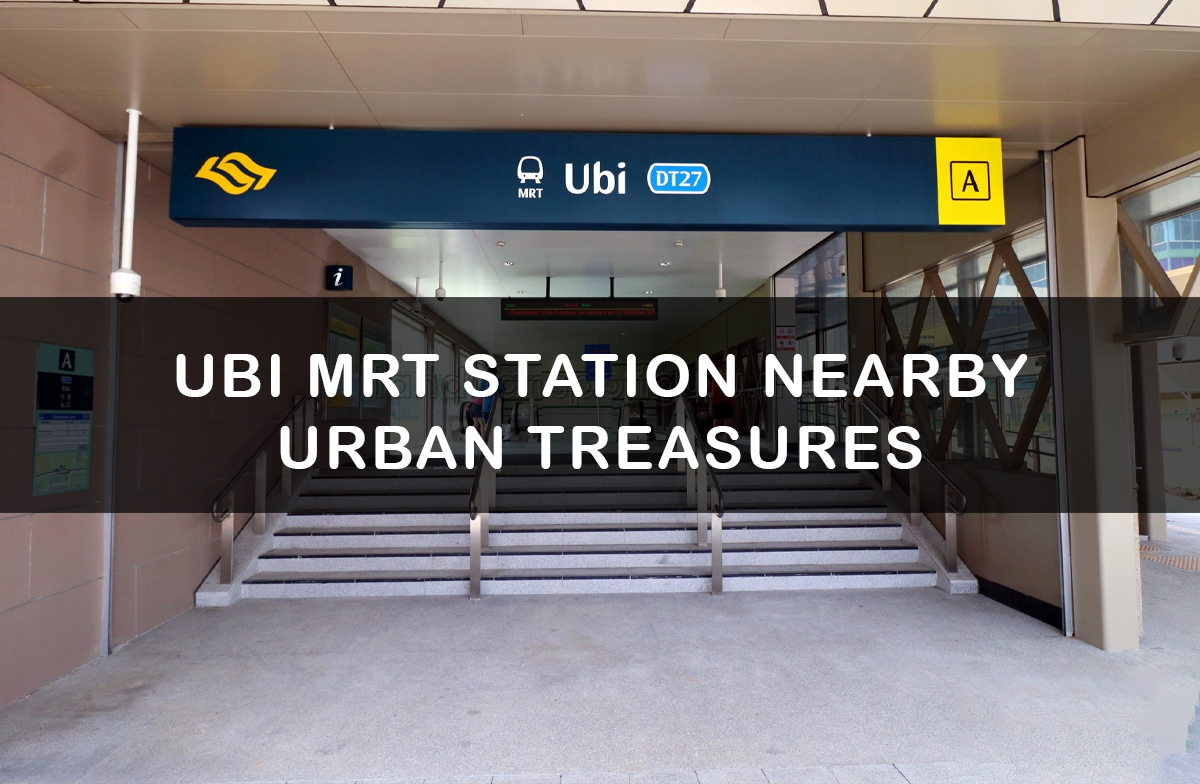 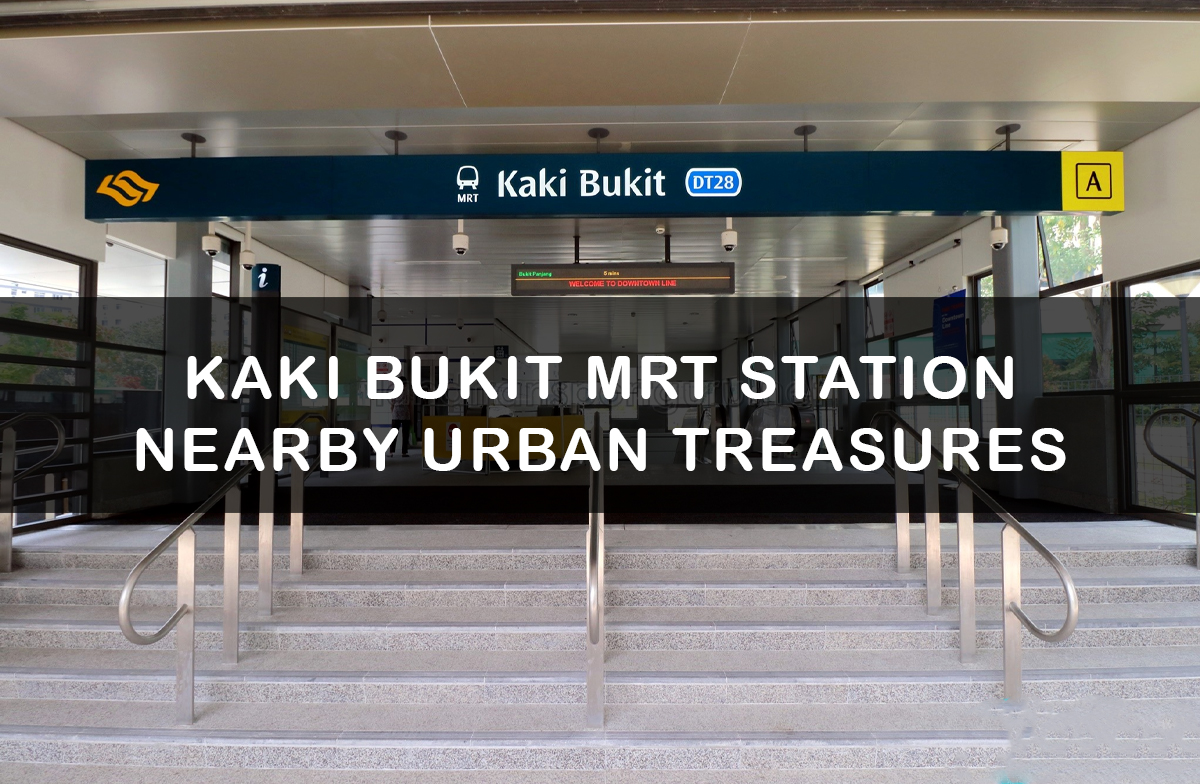 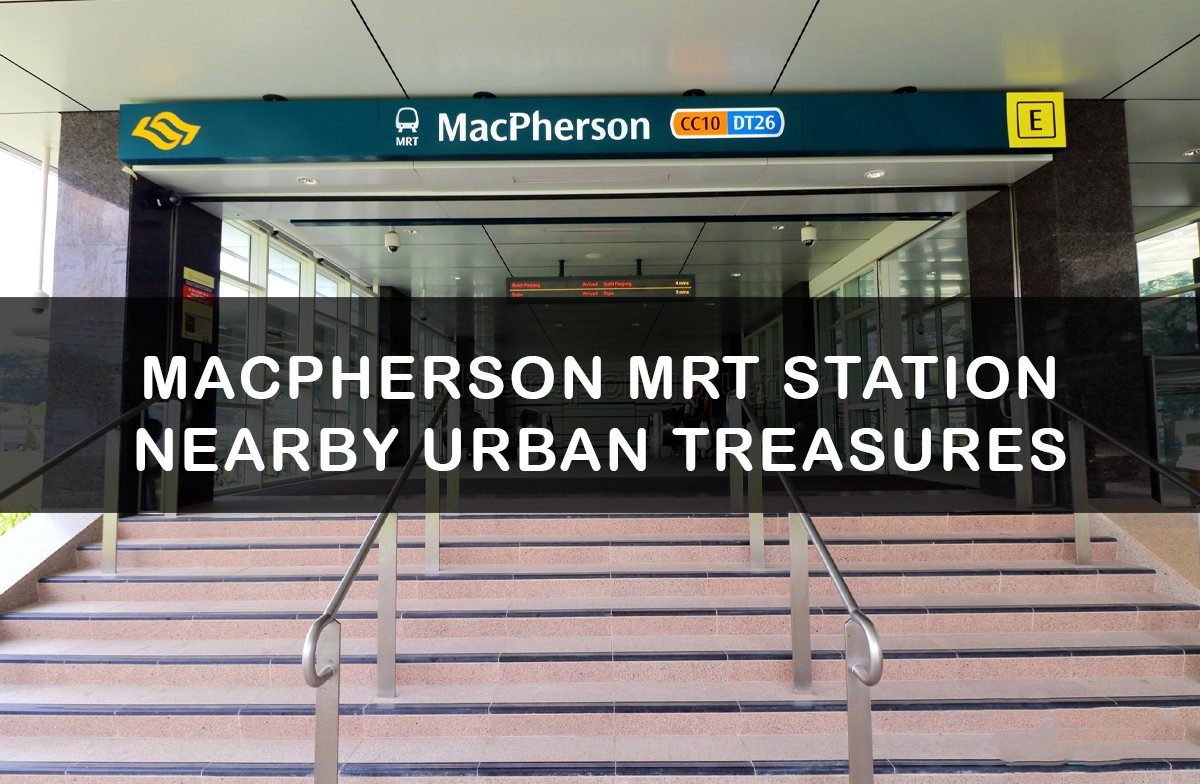 Located in prime district 14, the well-established transportation system of Urban Treasures Condo will ensure that you get wherever you need fast. Discover Urban Treasures Location now to find out more amenities nearby the development!

Besides the Downtown Line, Urban Treasures Residences is also very close to the East-West Line. This is the second rapid transit line built in Singapore, running from Pasir Ris station in the east to Tuas Link station in the west, with an extra branch between Changi Airport and Tanah Merah stations. The new launch condo is close to 3 MRT stations on this line including Paya Lebar, Eunos and Kembangan stations. With only a 6-minute drive, you will easily reach these 3 MRT stations to move anywhere in the city. Paya Lebar MRT Station (EW8/CC9) is a transit station along the East-West Line (EWL) and Circle Line (CCL) Phase 2, located in the Geylang planning area. Paya Lebar Station serves the East Geylang area, with a mix of commercial, industrial and residential developments, within close proximity to shopping malls including Paya Lebar Square, Tanjong Katong Complex, City Plaza and Kinex.

In addition, Eunos MRT Station, located near the intersection of Sims Avenue and Jalan Eunos, is an interchange for residents of Eunos, Geylang Serai, Joo Chiat, Telok Kurau, and parts of Kembangan, and serves the nearby Eunos Industrial Park and the light commercial areas along Changi Road. About 2 km from Eunos Station along Sims Avenue, Kembangan MRT Station serves residents of the surrounding Kembangan, Siglap and Telok Kurau areas, mainly consisting of low-rise condominiums and private residences. It is also built on the Siglap Canal, with station exits leading to the Siglap Park Connector. 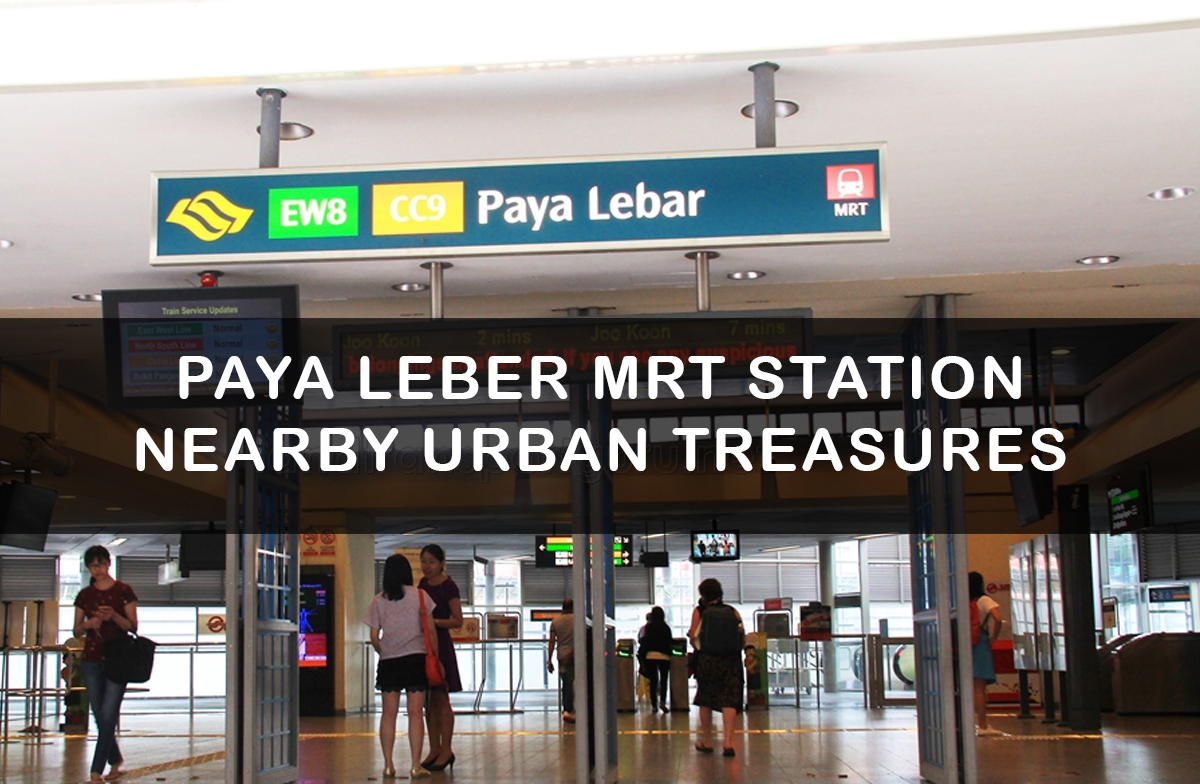 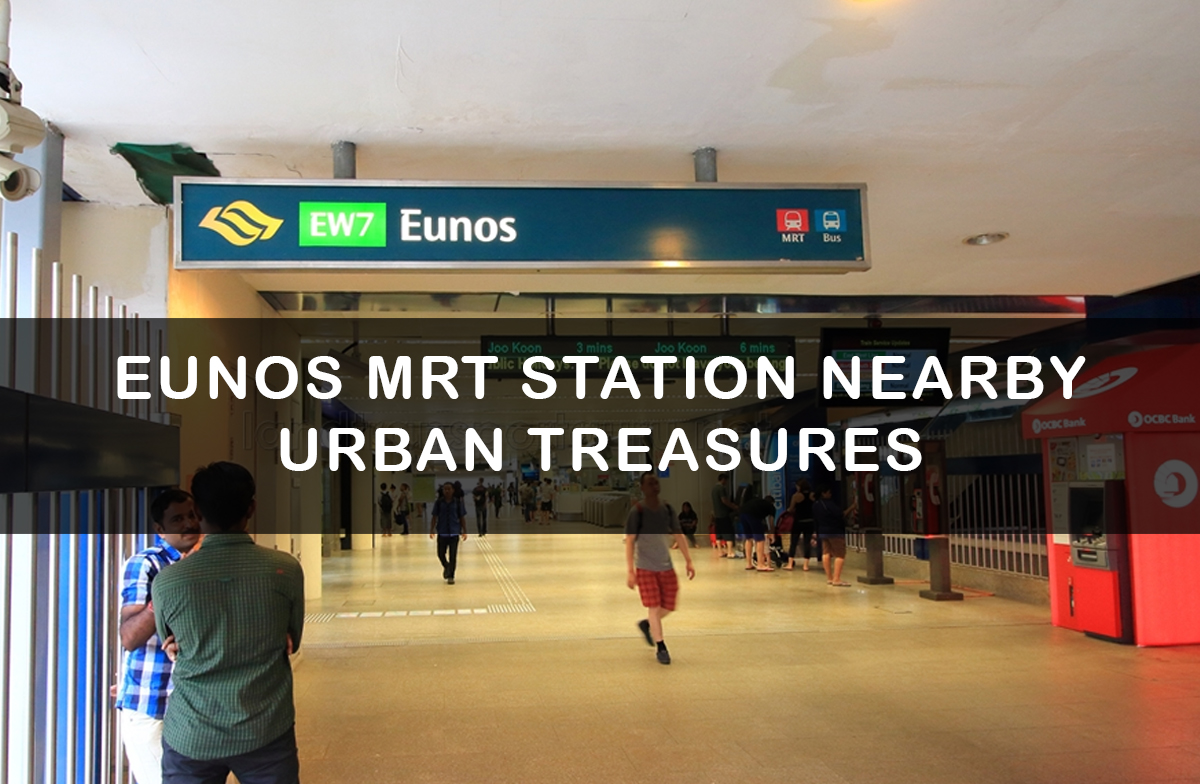 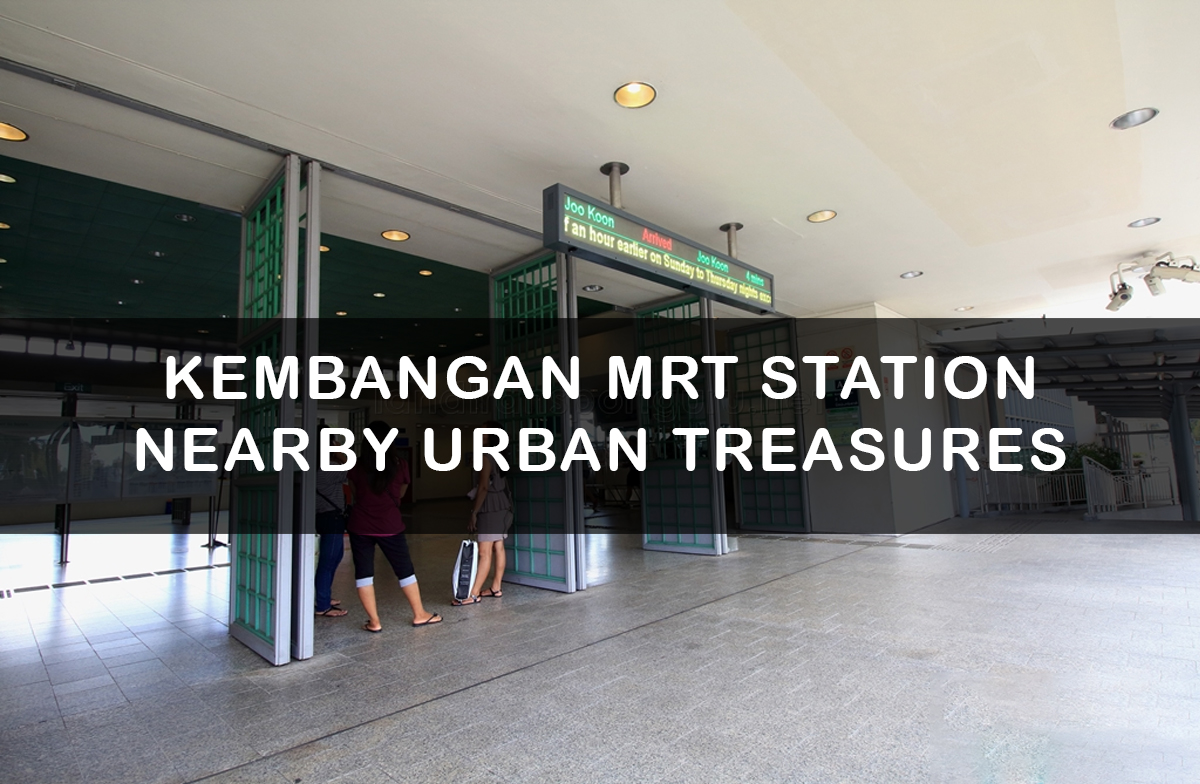 CLICK HERE TO GET VVIP DISCOUNTS OF URBAN TREASURES